Okay, yesterday I didn’t journal. So that leaves me with two responses to myself:

Get angry with myself and feed a cycle that means I will blog less because I’m feeding recent traumas with anger and berate myself for not being efficient to my plan to blog everyday.

Forgive myself and just blog today. Ta dah! Here it is.

Yesterday I caught up with a fellow artist and friend Tamara. We were talking about the perception of people who achieve a lot. I was going to say “over-achievers”, but I think this is a misnomer.

In fact, most people I know who are classed as “over-achievers”, don’t think they are and are often trying to live up to an internal dialogue that says that are not doing enough. That can be positive or negative in outcome or a bit of both.

We laughed at our modern tendency to overdose on self-improvement or self-help texts/blogs/books/videos and how that can become counterproductive, particularly to our sense of self-worth.

In the last five years I have abandoned everything that previous generations of my family thought were important. I sold my home and started a business and travelled extensively. I have abandoned that business because it became about 80-hour weeks and rejected a job in the one place. I have rejected the notion of life being about possessions and kept my possessions not more than I can sell quickly or put in my car. I’ve lived and worked in China and finished writing a historical fiction book and developed an emerging career as a performer and producer of comedy and spoken word. 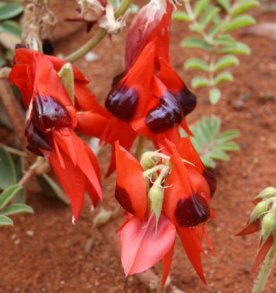 It means I have been broke ass poor and then well paid in cycles that mean on average, I have not a stable income and that’s stressful in patches. But then I change something, and life becomes full of wonder again.

There are days when I doubt myself and mostly those days are when I am around people with settled lives. But the irony is these people are the people that admit to wanting to be able to move around and follow work or an ambition beyond the white picket fence.

But they are learning from me, that just as their choices are hard but often rewarding, so are mine.  They are just different, not necessary better or worse or equal.  Some are different and similar and all the variations in between.

There are so many things I have gotten to do in the last 5 years that have been things I never thought I would get to do. These are things my family of origin did not necessarily approve of, so there is always a sub-conscious negative hum running in my psyche that I must compete with. However, my experiences in life are the reward.

I’ve put a picture of Sturt Desert Peas here. Probably because they grow in the harshest of conditions, but are not perfect examples of what is traditionally thought a beautiful flower like roses or daisies. They adapt in often harsh conditions, but I am sure they are not beating themselves up about it.

Comparison is the thief of joy.